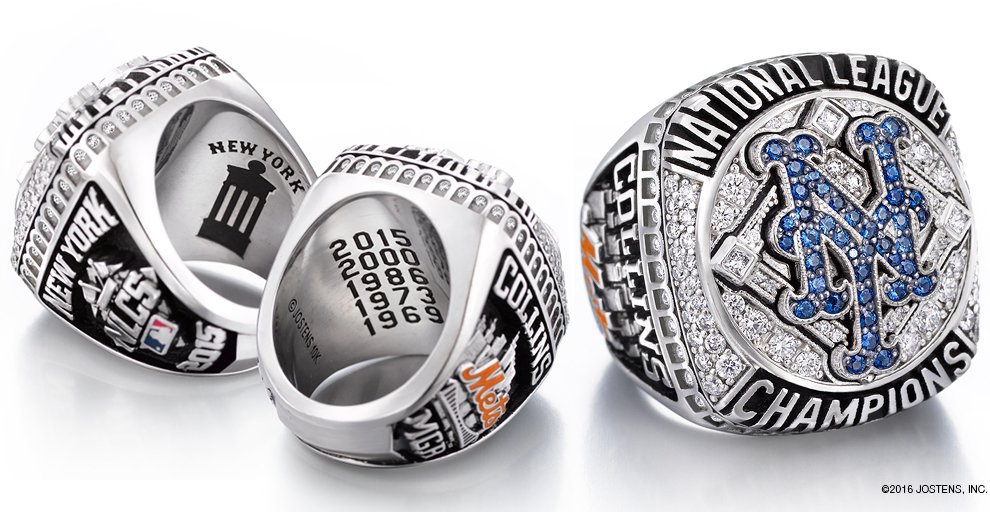 The New York Mets witnessed the Kansas City Royals celebrate their World Series win on Sunday night, the team they lost to in the October Classic last year. While the Mets weren’t on the field when the Royals received their rings, the banner-raising spectacle was hard enough to watch.

The Mets did get their own hardware on Thursday, though, commemorating New York for being National League champions a year ago.

Go inside the clubhouse for when the #Mets received their 2015 National League Champions Rings. #LGMhttps://t.co/rWDCIGpUYQ

Obviously the Mets would rather have rings that say World Champions on them, but these are a decent consolation prize.

The ring features 110 diamonds and 42 sapphires, the latter of which make up the Mets logo. While you can’t buy one for yourself, you can purchase a less-blinged-out one. A men’s ring will run you $349, or there are key ring versions available for $39 — your choice.

You were a part of the team all season! Purchase your own National League Champions ring >> https://t.co/Mamj1PjdMR pic.twitter.com/kxGTh55sMv

™ and © 2020 Fox Media LLC and Fox Sports Interactive Media, LLC. All rights reserved
Use of this website (including any and all parts and components) constitutes your acceptance of these TERMS OF USE and UPDATED PRIVACY POLICY.
Do Not Sell my Personal Info